This past weekend kicked off the start of my usual convention season prep with the annual Gen Con event registration.  This will be my eleventh Gen Con and one would think I’d be used to the stress and frustration of their event registration process but no such luck.

I can’t complain though. This is the 50th anniversary of Gen Con so there is a lot of demand for hot events and so getting into those requires some blind luck.  I was happy to make it into one of the sold out event slots for CMON’s upcoming Song of Ice and Fire miniatures game and I’m excited to go see They Might Be Giants.  I’ve wanted to see that band live for years now so having an exclusive event sounds like a great way to hear them.

image from the publisher via BGG

Another event that has me excited is a run-through of the co-op variant of X-wing Miniatures, Heroes of the Aturi Cluster.  I’ve loved X-wing since my first starter box at the premiere in Gen Con 2012 and this fan-made co-op variant sounds like a lot of fun.  The designers of the variant have the whole print-n-play available for download but it’ll be great to see it all ready to go and be taught the system first hand. 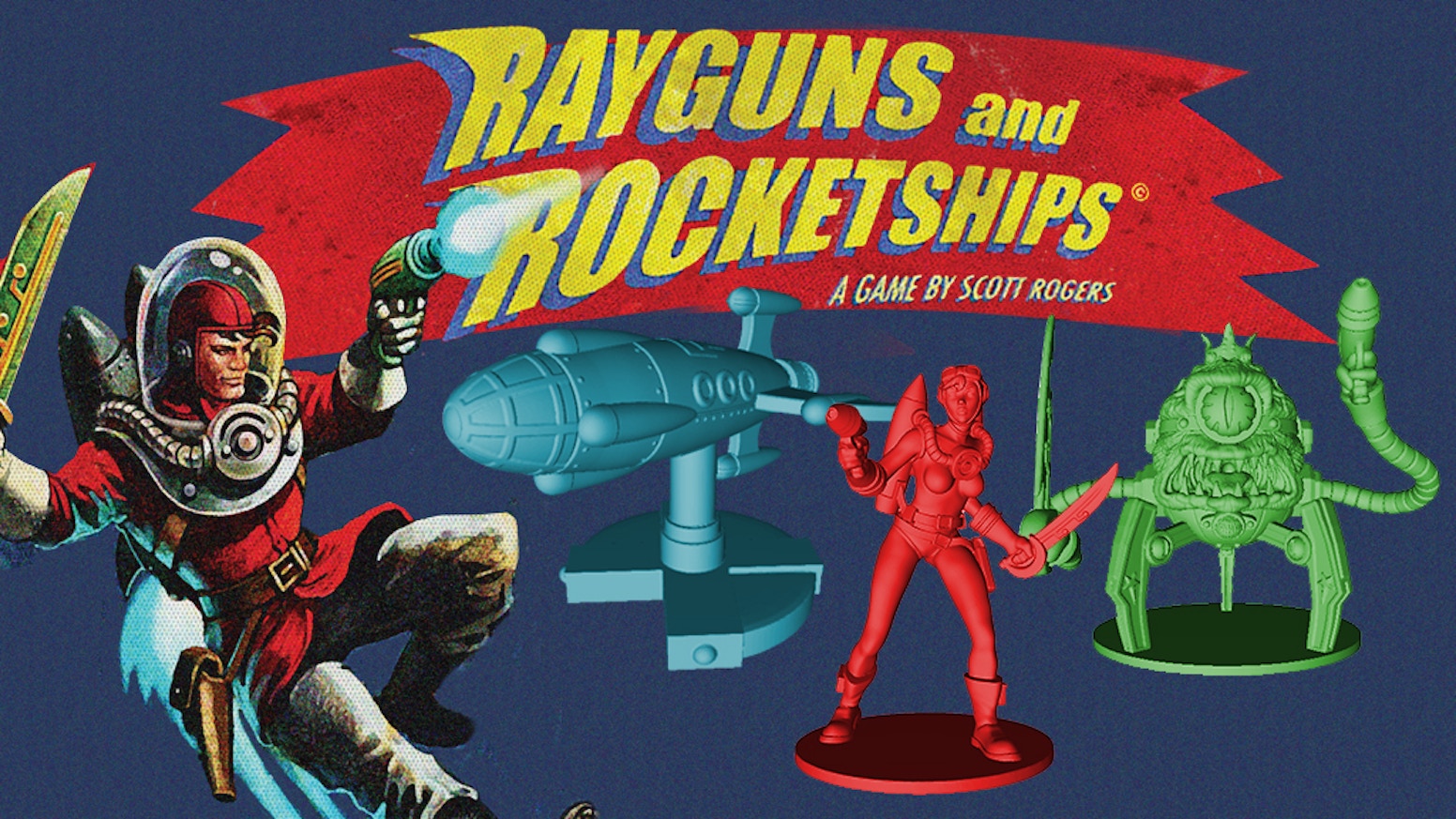 Some other demo events like Blood & Plunder and Rayguns & Rocketships round out my schedule with an interesting workshop on painting non-metallic metals (NMM) as a non-gaming event.  The NMM event is interesting for my black & white Walking Dead game as I’m not sure how to really paint items like Michonne’s katana in true black and white.  I could cheat and paint with metallics but that sounds like it would be pretty out of place.

With the good comes the bad or maybe just disappointing.  It was odd to see that Mantic didn’t have much presence for Walking Dead: All Out War.  It seems to be selling very well for them but the only events were a bunch of duplicated one-off events and I’m not even sure the organizer is from Mantic.  Maybe they were late submitting the events and they’ll come in later.

Also disappointing was the lack of any Championship Formula Racing from Jolly Roger/Upper Deck.  They hosted some demo events last year and with the games release, I would have expected at least something.

I wasn’t able to get into any Wasteland Express Delivery events to try that game out. Someone also had an interesting “Mario Kart” version of X-wing they were going to run at 2 hours but cancelled all of the events at the last minute.  There is another similar event but it is a bit longer at 5 hours and I just don’t have the schedule for that.

Last but not least, I was pleasantly surprised that all the events I decided to run this year have sold out.  That is very exciting as I had a lot of fun last year running things like my Loopin’ Chewie tournament and I’m excited to get some additional dexterity games like my favorite Catacombs and a Pitchcar variant into the event roster.

As exciting as Gen Con 50 is shaping up to be, it is still a few months off and I have another event coming up right around the corner: Cabin Con!

This is our yearly little private gathering where a few friends and I go up into the mountains and geek out on all things board games for a few days.  I’ve already got some fun events planned and it should be a great time.